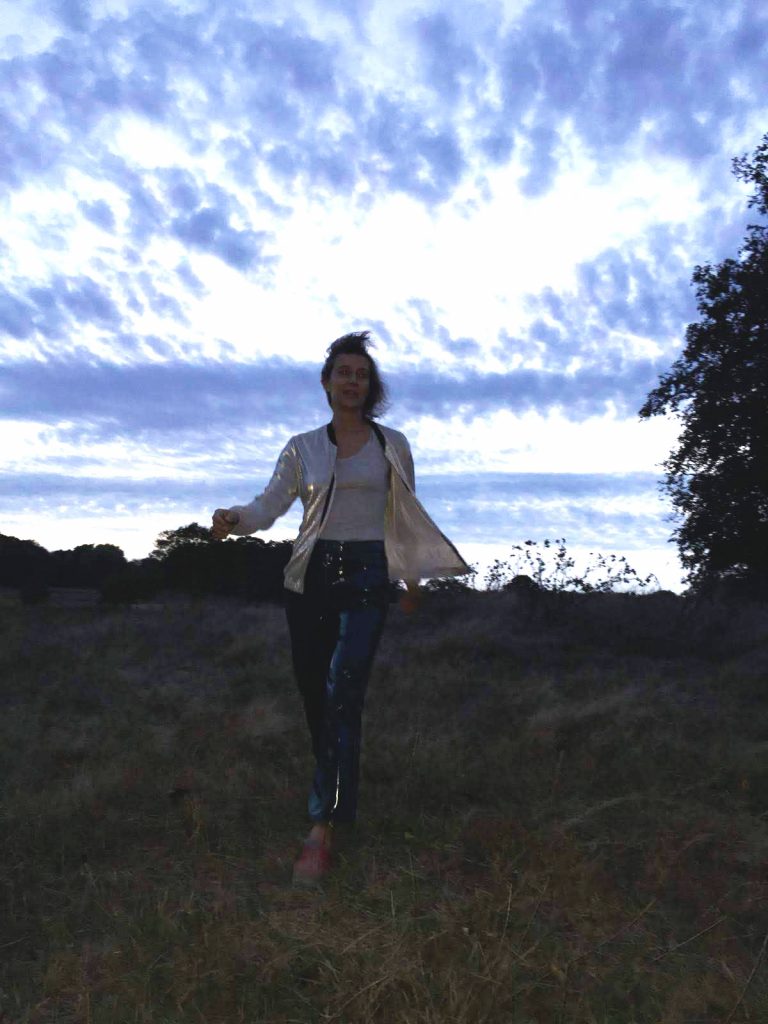 “As Rainforth forges a new musical future, it’s important not to divorce it from her fearless and catalytic past.. Releasing these long-gestated ideas into the public sphere, and especially returning to the stage after over two decades, took some guts.   Rainforth’s new work comprises rich, blurry lullabies which flow sonorously through space, dripping searching keys over shuffling rhythms and, of course, Rainforth’s piercing but pining vocal. It’s a sweeping, ambient sound which recalls another strand of 80s alternative in the otherworldly ethereal wave of Liz Fraser’s work with This Mortal Coil, or even the contemporary avant-pop of Zola Jesus or Glasser.  .” Geraint Davies – Crack Magazine

Janine is currently completing work on her first solo album.

“Janine Rainforth’s singing, probably my all time favourite vocal take, seems to combine an ageless English folk sensibility with both a teenager’s innocence/insouciance and a smoked-out drowsy jazz maturity well beyond her years.” Kiran Sande – RewindFwd

.. Janine Rainforth …. the perfect non-singer, lightly gorgeous voice but no impulse to shake it around, just like it glide out…. Matthew Schnipper, The Fader

Original co-founder and front woman of post punk band Maximum Joy, Janine Rainforth returned to performing her music in public in 2014, after her music career was cut short in the 1980’s by assault and trauma.

She now records and produces her music mainly from her home studio  in East London.

She releases it on her own label London Field Recordings.

In 2015 Janine reformed Maximum Joy with some original players and some new for Simple Things Bristol 2015 Janine then formed a new outfit MXMJoY with Charlie Llewellin drummer of Maximum Joy. MXMJoY released a new album in 2019 which Janine put out on London Field Recordings. They have played some key gigs including Dimensions 2018 and the inaugural We Out Here 2019. London Field Recordings also manages licensing for all the Maximum Joy catalogue.

Janine spoke to Vinyl Factory about MXMJoY and their new music 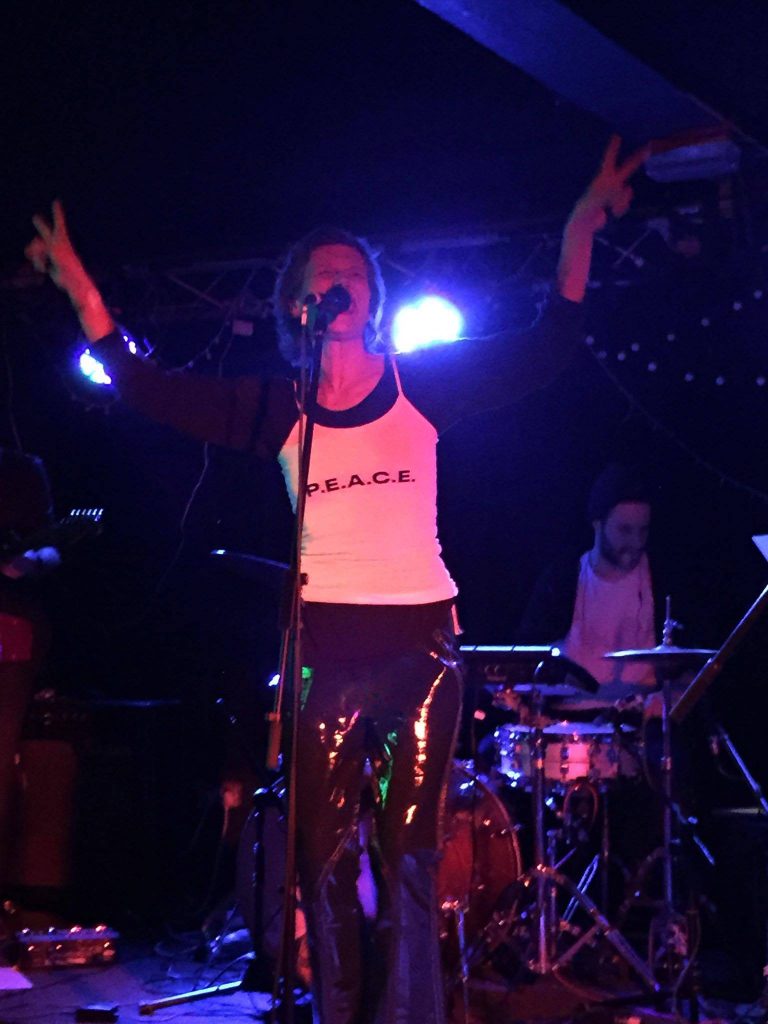 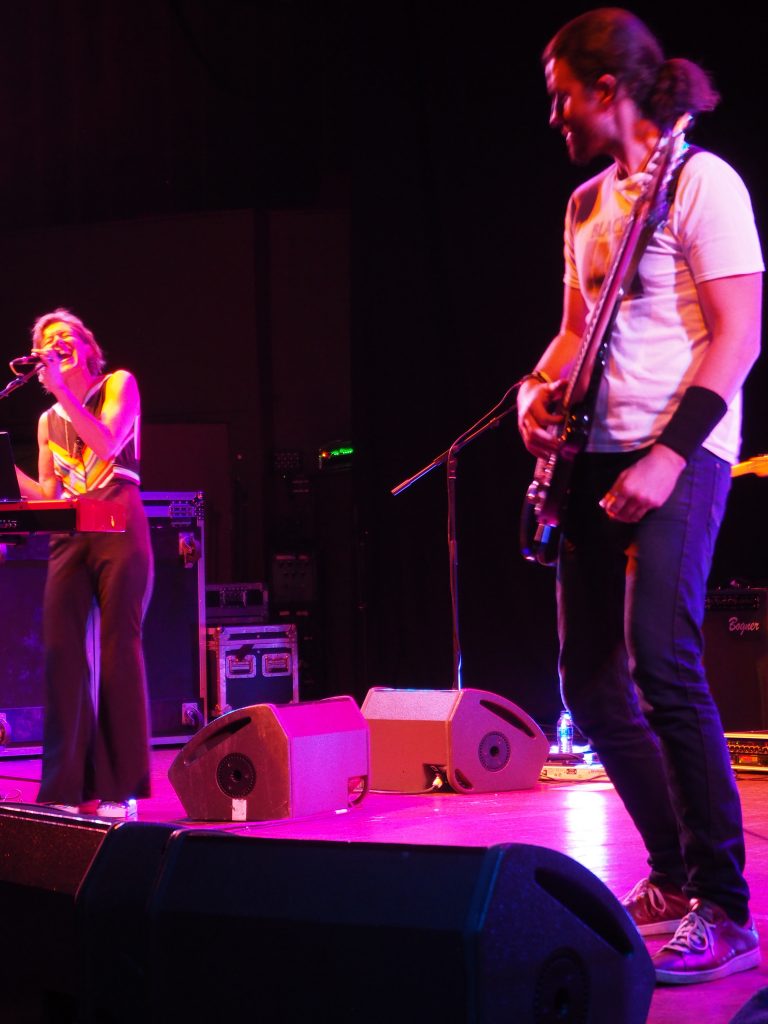 I formed Maximum Joy when I was 17- 18 years old. It was simply my main focus – to form a band – I’d always written and sang from an early age. When punk took off a couple of years before it blew my mind, the DIY ethos of it really appealed to me and my contemporaries – we went on to form Maximum Joy. My life in it was always as a galvaniser – it was my band, and focus.

”It’s singer Janine Rainforth that best embodies Maximum Joy’s exuberance: Having co-founded the group when she was just 18 years old, she channeled her inspiration…into her own shape-shifting style…she belts it out in the manner of her mentors, slicing into the midrange frequencies with a tone poised at the midway point between speech, screaming, and singing. Listen closely, though, and you’ll hear another side of her: a soft soprano background coo, diffuse as a pastel-colored mist.. It’s a quality you won’t find in any of their contemporaries.” Best reissue -Pitchfork – review of “I Can’t Stand It Here On Quiet Night” Sept 2

This picture of me was taken when I was a photography student by my friend, G Ewer – we were experimenting with the flash on our cameras in a dark room. This picture went on to be used for the front cover for my band, Maximum Joy’s first single – Stretch – below you can hear it 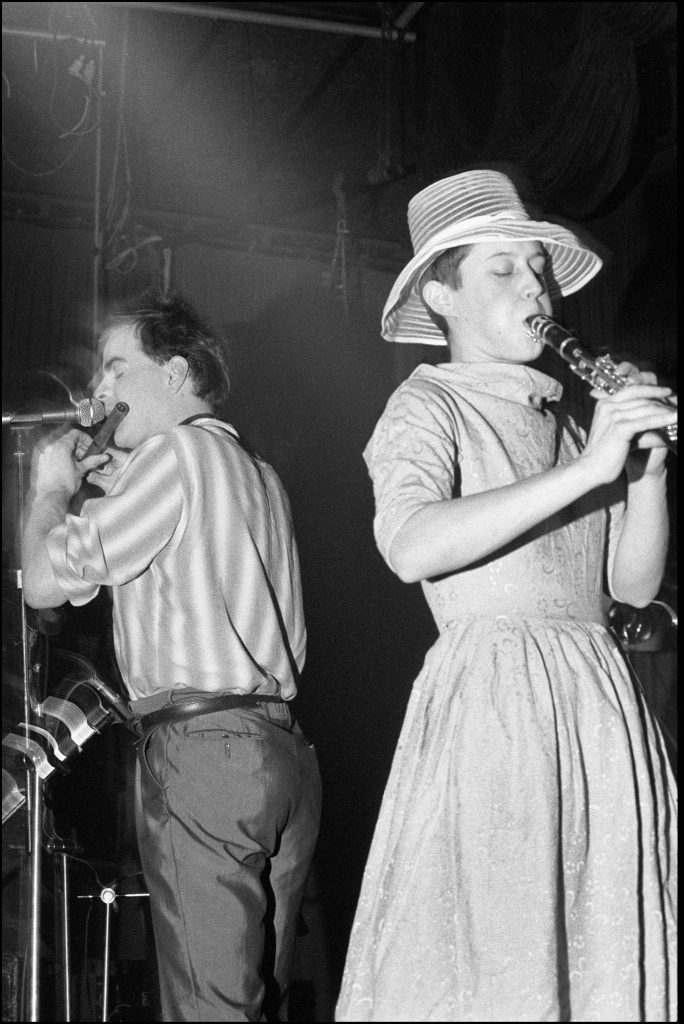 Searching for a Feeling – Maximum Joy

Maximum Joy were doing well – in 1982 they toured Europe and the UK extensively; released 2 singles and an album; their first single Stretch was in the indie charts and had become an underground hit in New York clubs; they made 2 BBC radio sessions and were signed to a new label, they were going up a notch. Behind the scenes things weren’t going well though and during a tour in Europe Janine was raped and violently attacked by a band member  She realised she had no choice but to give an ultimatum to the band – saying that she couldn’t stay in the band with him – the people around her didn’t support her.  She then had no choice but to leave. She didn’t lose her commitment to her chosen career and focus, she  started a new band with ex Pigbag and ex Cortina players (Leonard & The Cats) but she found that something new was happening, she froze & shook physically anytime she was singing and performing whether in the studio (her happy place), in rehearsal or on stage.  She found she couldn’t perform or sing. It was a massive blow for her, she didn’t understand what was happening – it was the first time she’d experienced this – it was crippling. It meant she couldn’t continue with the new band, or her career, she had no choice but to retreat from her creative life and expression and career.  In March 2019 Janine spoke to the Guardian about what brought her music career to an end back in 1980’s  and how she’s come back to it nearly 40 years later. 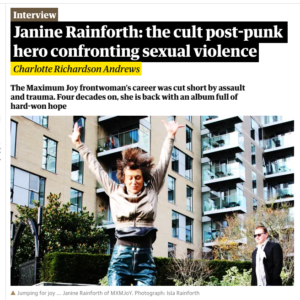 This is a small excerpt from my diary written 1982 – it will contribute to some writing I’m working on about my time as a young female musician in the 1980’s.

It was written about being  on tour with Maximum Joy 1982, about an experience with someone from the band I was no longer in a relationship with but ended up sharing a room on tour with somehow.. perhaps because the schedule had been pre-booked/perhaps to keep the peace at the time … things didn’t work out in my favour..

“Towards the end of the tour (****’s) behaviour started getting worse, threatening to commit suicide in our hotel room (standing on a window ledge – several floors up) often until I finally agreed to have sex with him which I didn’t want – the more violent and agressive he became.. And of course none of the band really knew what was going going on which made matters worse … I felt trapped in this vile situation.

On the last day of the tour we booked in at our hotel and because of **** behaviour the night before (had had smashed a window whilst standing on a window ledge; threatened suicide accused me of affairs; undermined – all behind closed door) and because of his behaviour on the way to Basel from Zurich – he was drinking (in the van) and was being very agressive I made a vain attempt at sharing the room with three beds so as not to be with him / or if I was with him at least there’d be someone else there – which I thought would stop him behaving so obscenely. Anyway he started creating a scene so we ended up in a room on our own.
I proceeeded to take a shower and low and behold he comes in – drunk saying ‘ha ha I’ve got you now”…...

The below is what I wrote in my diary after that previous day..

struggling without a word

the fight was helpless

straying from the herd

The word was spoken

The trap was set 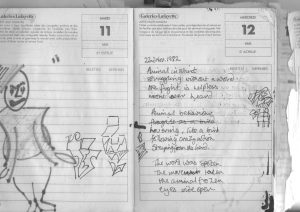